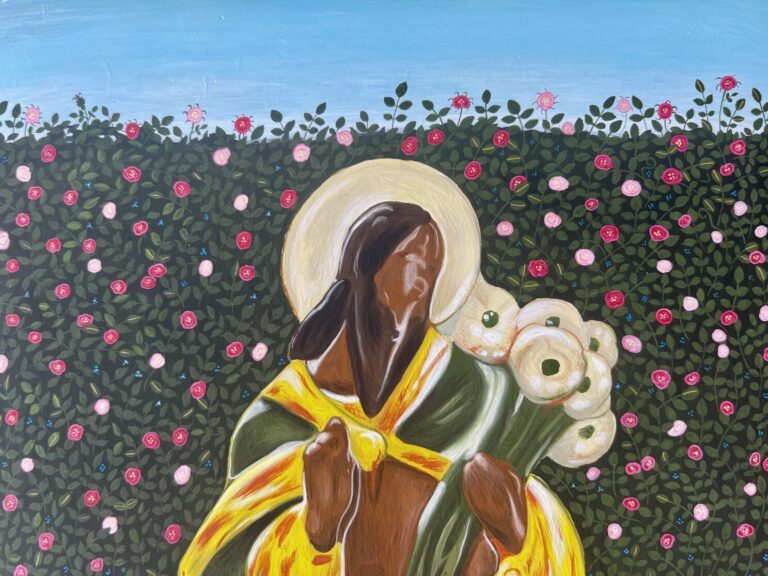 BOTANICA SACRA is Lyuben Domozetski’s fourth solo exhibition. It is dedicated to botanical illustration and most of the artworks in it strictly follow the principles of this genre. The main part of the works recreates specific types of plants from the Bulgarian flora. They were not produced to illustrate an edition or to be used as illustrations in the strict sense of the word, but were created with the desire to be brought together in an exhibition. In this sense, it is a series of artworks specially thought for a specific exhibition context and space. It is for this reason that the choice of species is not random. Man categorizes plants and animals from his surroundings according to his needs and interests. Thus, some species are rare, i.e. interesting, because they have a limited distribution, and others are weedy, even noxious or dangerous, because they are common, poisonous or compete with human-cultivated species. Thus, people transfer concepts and definitions from their world to the world of plants, without them, however, needing it for their existence. The presented artworks draw direct attention to specific species which aim, through scientific objectivity, to help the viewer abstract from bias in order to understand that each plant is a complex organism that has its forms and its place in nature. Some of the works, specially created for the present exhibition, represent a synthesis between the author’s interest in botanical science and in sacred art. These pieces use a more iconic language and are again related to the notions and striving of humans to distinguish plants as separate species, to categorize them and determine their “benefit” and “harm” and to measure the cyclicity of the seasons.