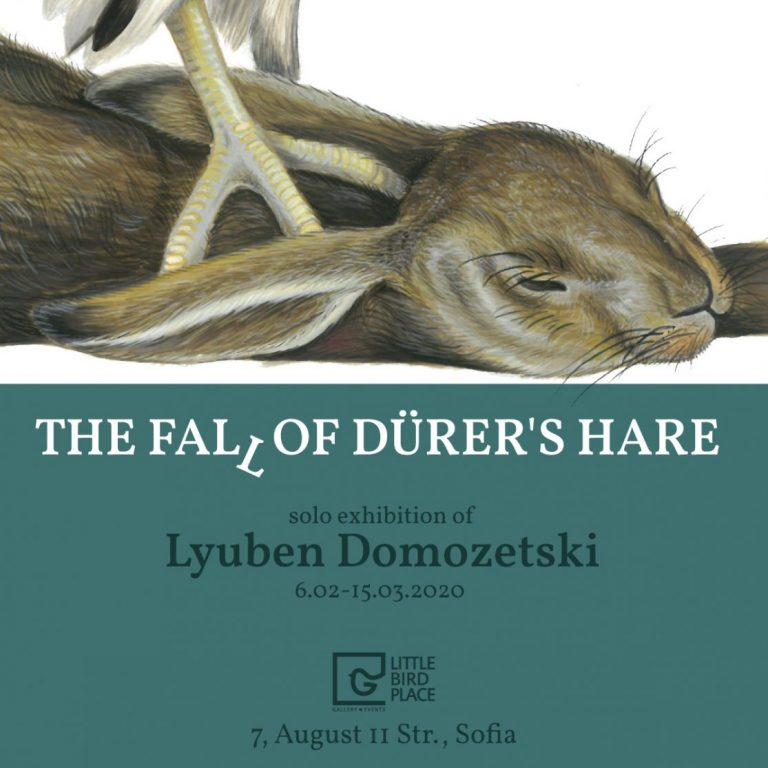 Lyuben Domozetski’s first solo exhibition opens on 6 February 2020. It presents mainly works which can be defined as belonging to the genre of scientific illustration and are a result of the author’s observations and studies in the field of entomology (the scientific study of insects) and, more specifically, lepidopterology (the scientific study of butterflies), ornithology, and botanics. The main goal of the artist is the objective, realistic, and unambiguous presentation of specific animal and plant species which have been classified in science in separate taxonomic categories due to stable characteristics which distinguish the particular species and facilitate their classification. In nature however beings live and die without caring about their belonging as species – this is a concept resulting from the human striving to get to know natural phenomena which exist naturally, without any need of definition.

The specific technique of the presented works (tempera), the meaning of the details in the image, and the analytical approach to the represented objects are strongly influenced by two interdependent, yet diverse artistic traditions. On the one hand, the technical realization and the striving to present the idea of something refer to the tradition of icon painting of the Medieval Byzantine art. On the other hand, there is the Renaissance interest in nature and the desire for its authentic representation. “The Fall of Dürer’s Hare” is a part of the title of one of the works in the exhibition which can be referred to as belonging to the genre of scientific illustration. It represents a particular kind of bird but contains in itself various references which relate to Dürer’s famous work.

Among the works which will be presented, there are some which, with their content and some technical features (for example the use of ground wood panels as a base, characteristic for  icon painting) cross the boundary of scientific illustration and while using its visual toolkit, express the author’s views about the broken connection between man and nature.

Lyuben Domozetski (born 1988 in Blagoevgrad) is an art historian, curator at the Sofia City Art Gallery, and a PhD student of Byzantine art at the National Academy of Art. He holds a BA in History of Art (2014) and an MA in History of Art and Cultural heritage (2016), both from the National Academy of Art. He combines art history with scientific illustration which for him is an expression of his contact with nature. He has participated with his works in three collective exhibitions of the Society of  Animalists, Florists and Scientific Illustrators, Sofia.