> Stela Vasileva (b.1983) (stelavasileva.com) lives and works in Sofia. She graduated from the National Academy of Fine Arts in Sofia with a major in Mural Painting. She works in the area of the object, the installation and the drawing. She explores the form, the objects in space, with the main attempt to unload the objects of any superfluous elements, while also putting it out of the context of its concrete (ordinary) environment. In doing so, she often erases the boundaries of real space.

~ Her project for the exhibition “Nature Takes Back” includes a series of watercolor drawings of garbage fused with nature. “The perverse fusion between the natural and the human in a degrading and unproductive way – reached its peak today. When an unexpected isolation caused by Covid-19 showed us that there is another way” – Stela Vasileva. 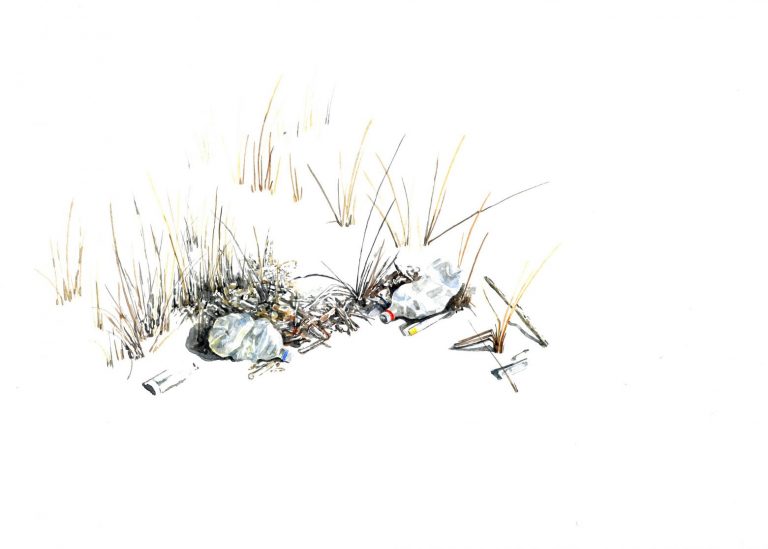 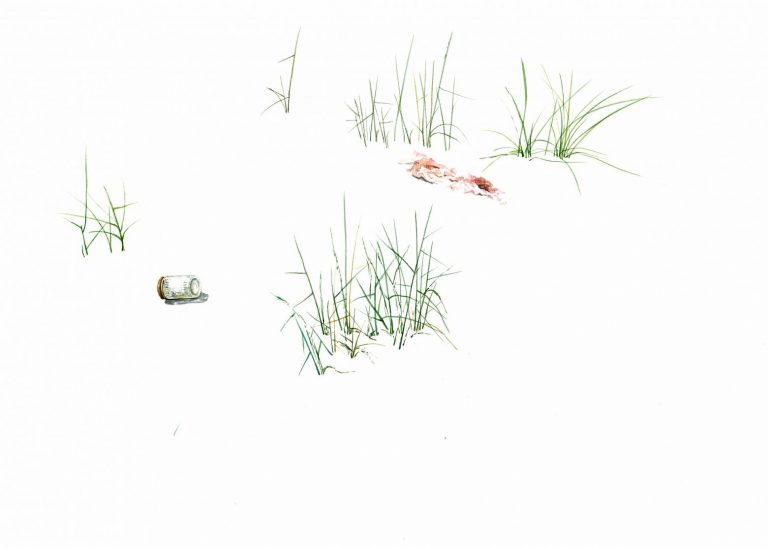