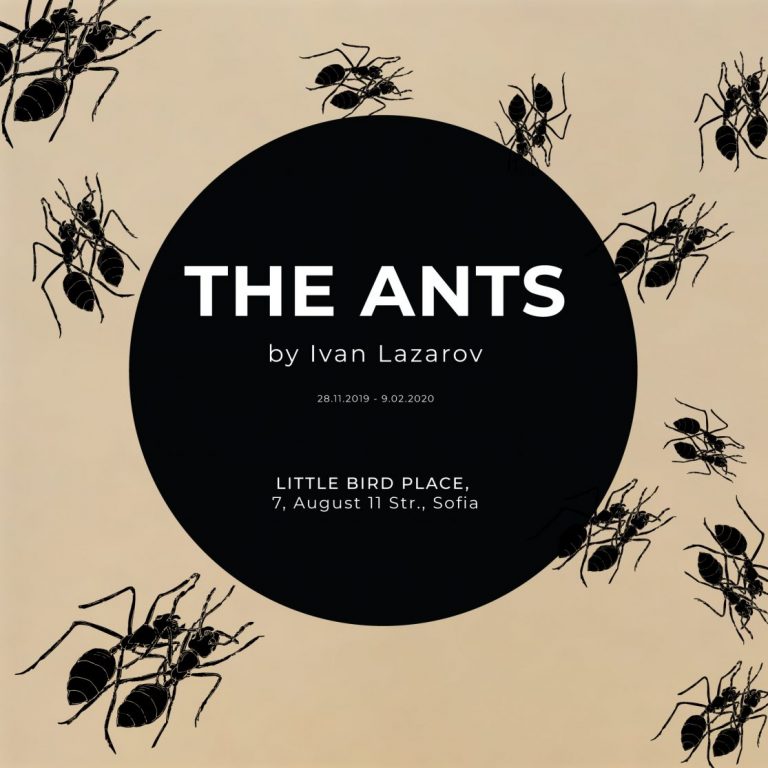 Sometime in the mid-1930s, Ivan Lazarov – already an established and famous sculptor, a professor at the National Academy of Arts, and its rector at the time, turned his attention to the world of ants. As a result of his observations, he produced a series of drawings and collages, and took notes in which he was comparing the lives of ants to the lives of people.

His interest in the topic went even beyond the superficial observation and adopting an analytical approach, the sculptor turned to entomological books and photography – to capture and enlarge the objects, and he sought information in the field of zoology. Regrettably, time and circumstances were not on his – or rather – on our side, and the only sculpture, representing ants – something exceptionally unusual for the Bulgarian cultural context at the time – was destroyed and is only known from photographs.

However, the drawings and collages that have remained to this day, give rise to interesting reflections. Was the author attracted solely by the specific organization of the world of ants or was it rather something in human relationships that drove the sculptor who created some of the most memorable images in our art to turn his attention to this miniature world of queen ants, worker ants, drone ants, ant paths and anthills. These drawings will be presented for the first time in an exhibition, adding a new touch to the image we have of the sculptor.

In the space between scientific illustration and artistic virtuosity, and science and philosophy, these works are exceptional both for Lazarov’s art and for Bulgarian art of the period between the World Wars. This is a personal story the author left us, a story not only about the ants but also a story about the people…

The individual in the ant society doesn’t have a personal life, nor its own cares and tasks. (…) This is a closed circle in which everyone stands in their own place, destined to never have the strive to change for the better. It’s as if some higher wisdom has said – so it should be, this is the best way.